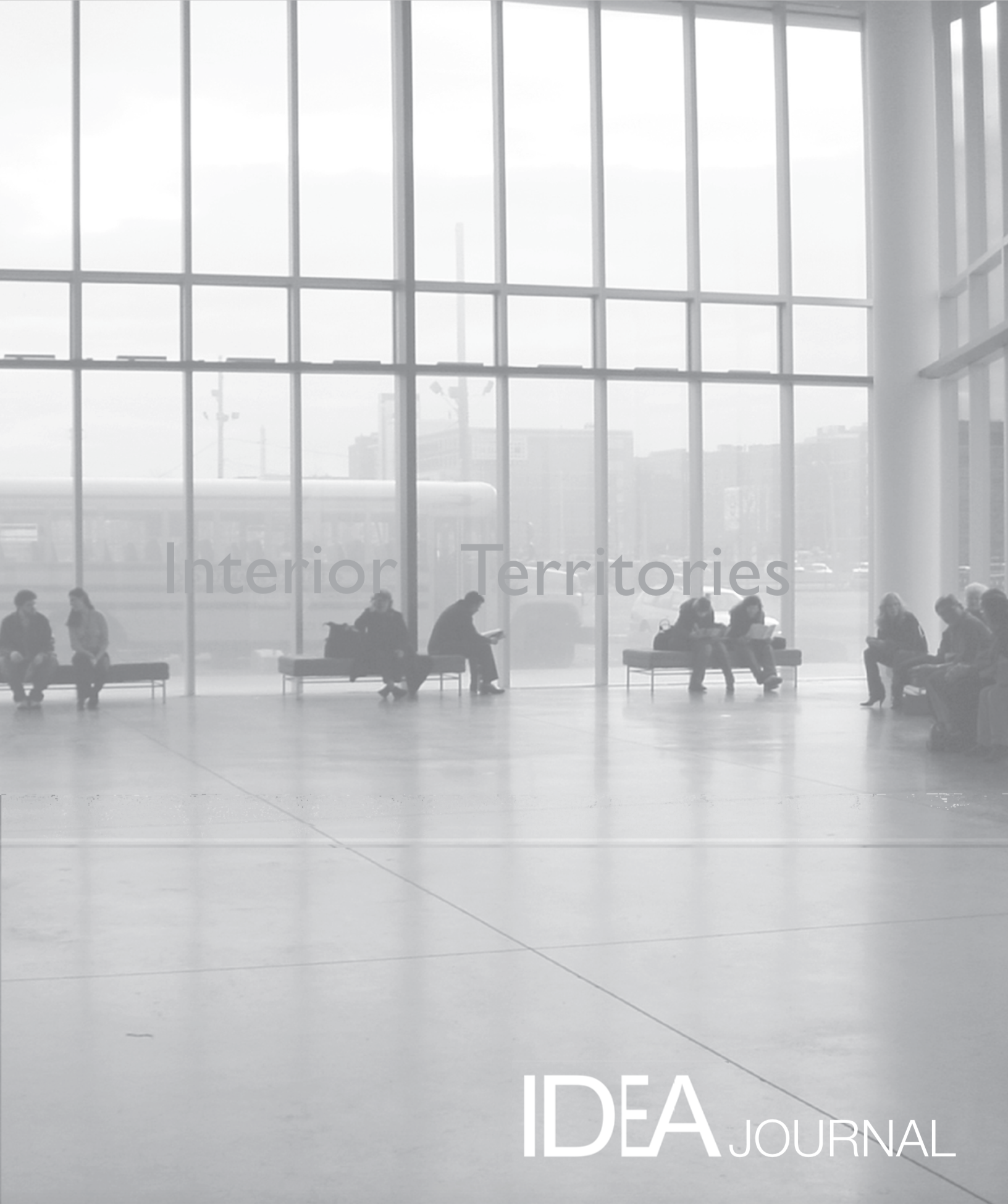 PROVOCATION: Contributors to the IDEA JOURNAL 2009 respond to the provocation for Interior Territories: exposing the critical interior to propose interior discourses influenced by explorations into contemporary spatial, material and performative practices. What are the critical issues facing environments and societies that can be explored around the ideas of interior territories?

Within increasingly homogenised and globalised public and private interiors, concepts of territory that infer relationships with located place and field can provoke new relationships concerning spatial practices and material and immaterial ecologies. The IDEA JOURNAL 2009 seeks to expose the engagement of interior practice in contemporary ecological, cultural and economic systems. The IDEA JOURNAL publishes scholarly accounts of writing and projects that move across disciplinary perspectives and temporal and political systems to express an open-ended enquiry into an expanded territory of the interior.

Finding a space for the practice of interior design

insertions and subversions of interstitial territories

the place the time the particle

opening up the doll’s house

The Given (Interior) World

themes from Surrealism and Psychoanalysis in the interiors of Sugar Suite

the outdoor kitchen and the changing design of American luxury

The Junction of Interior Territories:

From Intimacy to Infinity:

exploring the role of interior in 3 short films

Lurking in a Liminal Land:

making images for an ecology of territories and relations