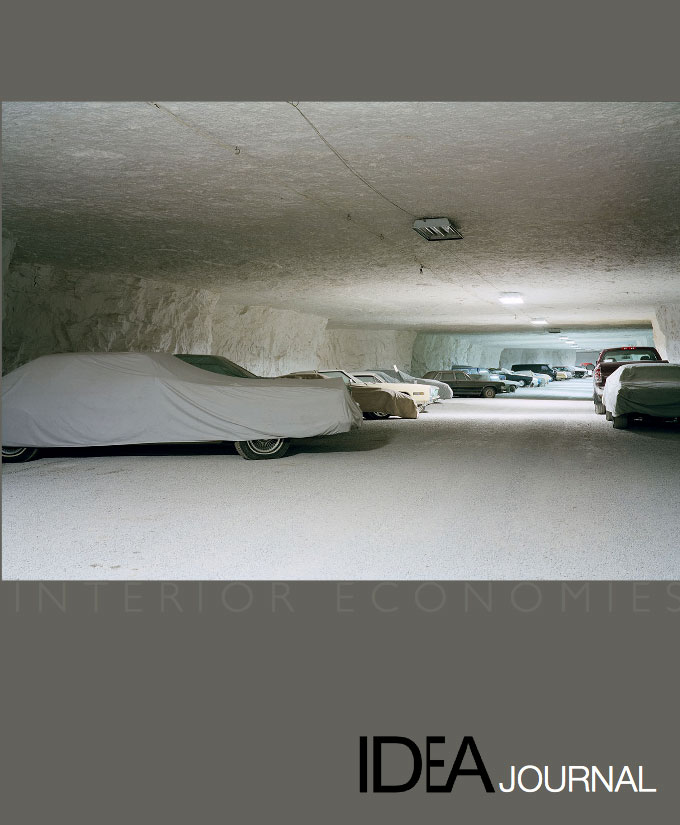 This provocation encapsulated in the concept Interior Economies includes contributions as scholarly essays, visual essays and theorized creative practice across domestic, commercial, institutional and industrial interior domains. Guest editor Julieanna Preston offers the following prompt for researchers concerned with the interior. ‘Originally identifying the household or family as the basic unit of society, the term economy implicates the social and material relations of a prominent type of interior, the domestic sphere. The notion of economy has expanded in contemporary usage to denote systems of production, distribution, exchange and consumption at a global scale. In much of today’s world, to be economical is to make the efficient use of resources, even to the extent of frugality. And yet, in sharp contrast and with immediate relevance, interior economy conceptually refers to a face to face relational exchange, an active sharing and social interaction which has the capacity to occur in interiors other than those inscribed by physical enclosure or geographical locale.’

Foucault’s bio-politics and the economics of the panopticon interior

The Legacy of Office Landscaping:

Dust, vacuum cleaners, (war) machines and the disappearance of the interior

How Small is too small? Bangkok (frugal) Living

economies in the Antipodes

Inhabitation as a process:

Reinvention of a Lost Interior World

Life from the Inside: