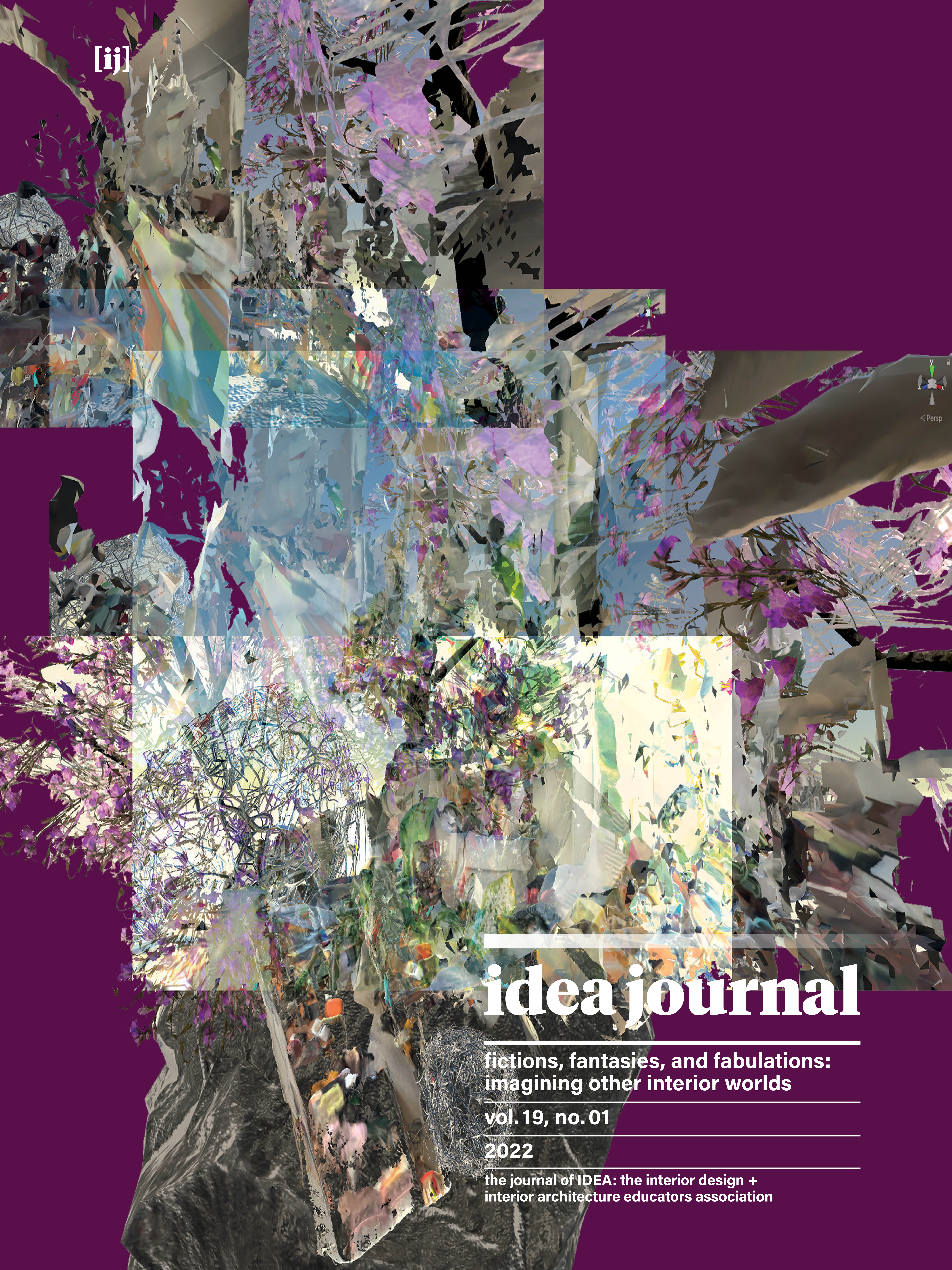 In the seventeenth century, Dutch artists like De Hooch, Vermeer, and de Witte famously painted interior scenes. These could seem to follow the birth of bourgeois domesticity and the modern sense of intimate, private dwelling. Still, many scholars have pointed out that this realism is deceptive: these interiors are in fact fabulated spaces, at odds with the architectural and social reality of their day.

Following Eve Kosofsky Sedgwick’s opposition between a ‘paranoid’ and a ‘reparative’ reading of cultural artefacts, we could interpret these interiors in a paranoid mode, revealing the oppressive and exploitative social conditions of the so-called Golden Age in which the genre flourished.

However, as Sedgwick suggests, such an interpretation can be supplemented by a reparative, more speculative, and creative hermeneutics that recontextualises these cultural artefacts. Such an approach can be aligned with the notion of ‘fictioning’ as developed by David Burrows and Simon O’Sullivan: the exploration of fictional worlds and other possible modes of existence they establish. While they mostly discuss rather outlandish forms of mythopoetic imagination, this text-based essay focuses on ‘fictioning’ the interior as a tool to experiment with the domestic. The essay will follow three artistic concepts: pictorial formalism (focusing on sensations), tropism (focusing on affects), and metalepsis (focusing on characters).

In this essay, I explore the ‘impossible’ interior of Emanuel De Witte’s Interior with a Woman at the Virginal (c. 1665), an apparent idyllic scene that nonetheless generates a particularly unsettling atmosphere, as a case study. The painting consists of a complex constellation of places and stories; an assemblage of spaces, objects, and characters that resist their original pictorial and discursive frames. As such, it allows for a reparative, creative approach to the antiquated genre of the interior.