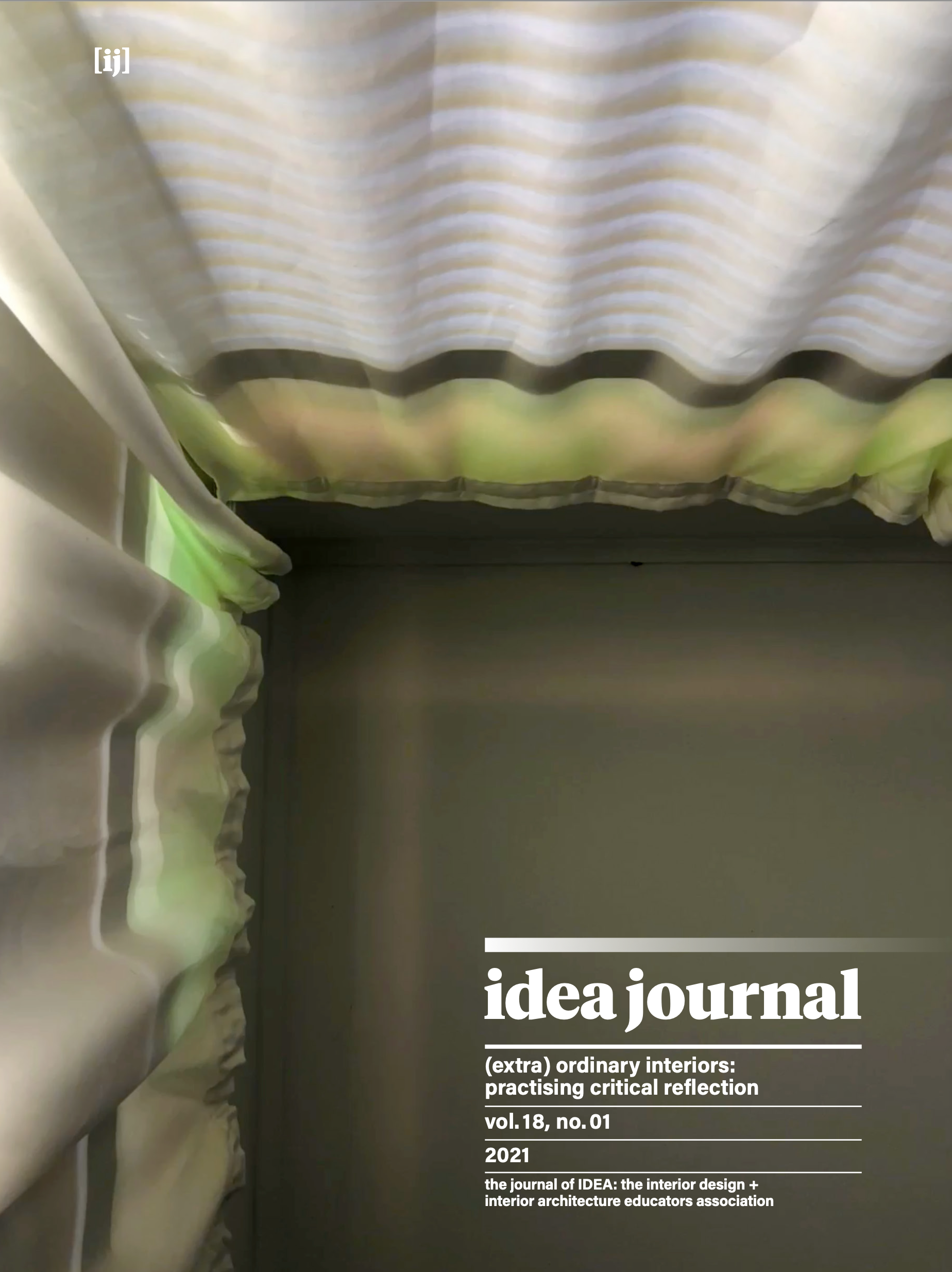 This visual essay reports on an artistic research residency that took place in and around Villa Empain in Brussels. The various explorations that were undertaken over a one- month period oscillated between the villa, the Vossenplein that houses a large flea market, and the studio space of the residency. A crucial part of the collaborative process was the continuous production and (re)adaptation ? the ‘transcoding’ ? of works across these various contexts.

The term ‘transcoding’ refers not only to the jumping back and forth between ornament and structure, rest material and essence, but also between locations, scales and configurations. Where ? like in video transcoding ? the effect can be minimal or substantial depending on the settings. Our visual essay attempts to organise the (spatial, physical, material) results of these movements back and forth. It visually depicts the dialogues that took place across three sites and three artistic practices.

Remco Roes is an artist and a postdoctoral researcher at Hasselt University. His artistic practice departs from an archive of observations, traces, and spaces that he happens to find on his path. Working attentively amongst these fragments results in spatial installations, artist publications and video works, balancing between speaking and remaining silent, intention and coincidence, purposeful work and
the usefulness of residues and accidents. Roes’s research focuses on disclosing the spatial concepts within his artistic practice ((secular sacred) (space) (in digital times)), as well as exploring the visual essay and vulnerable dialogue as vehicles for artistic research communication.

Usoa Fullaondo is an artist, researcher, and teacher in Faculty of Fine Arts of the University of the Basque Country. She finished her PhD in 2010 in the Department of Painting of the same University. Since 2017, she has been part of the research project Subjectivity in Practice-Based Artistic Research. She has taught at Oslo and Akhersus University College of Applied Sciences, and she has taken up residencies in Banff Centre (Alberta, Canadá), Senselab (Concordia University, Montreal) and Villa Empain (Brussels).

Koenraad Claes is an artist/researcher and professor at ENSAV La Cambre and the Royal Academy of Fine Arts Antwerp (Belgium). Since his master’s degree at the Royal Academy of Fine Arts Antwerp, he has been an associate professor at various institutions (PXL MAD Faculty, Hasselt University, and Royal Academy of Fine Arts Ghent). His artistic practice is multidisciplinary. Fuelled by travelogues, fragmented pieces of thought and shreds of information, the work is conceived in an extemporary, organic fashion. Observations, sketches and (found) footage are hoarded and form an open-ended archive that is consulted on a regular basis. Print, self-publishing, paint, installation, video, and performance are the strategies of choice.