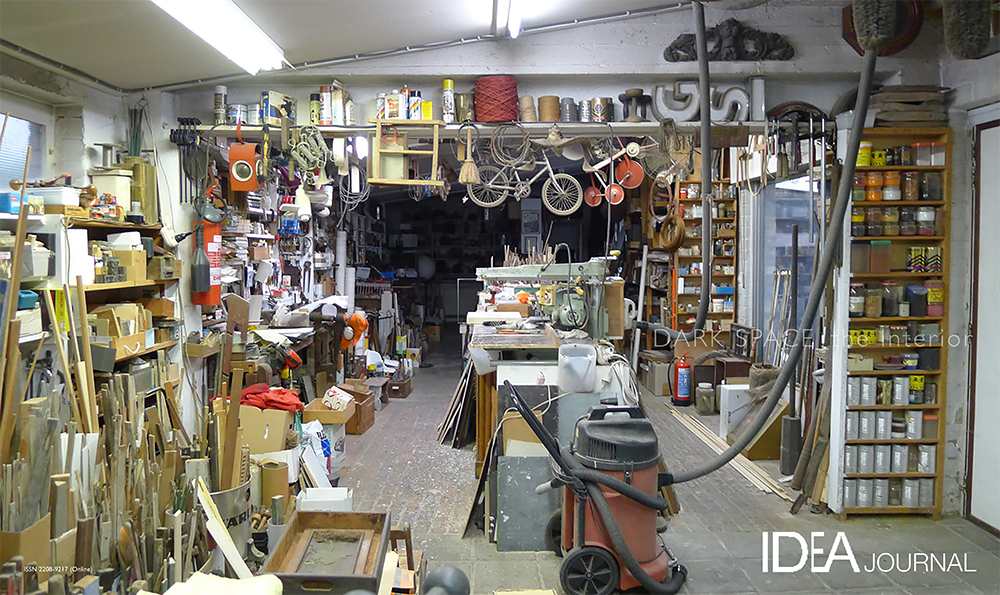 From the void, the night presents an unfolding encounter via a series of letters between two artist/designer/academics as they explore symbioses between their practices and thinking. The correspondence traverses topics that resonate with ideas of darkness, light, time, space, and sensation. Confronting spatial and epistemological boundaries, it begins to carve out a space of practice that embraces dark knowledge, material agency, and the unknown. The conversation begins with the discovery of an already-existing dialogue between bodies of work and thought stretching back to 2003-4, when, in separate efforts to transcend binary oppositions of figure/ground, inside/outside, nothingness/everything, two women made drawings on walls. 1 Unknown to one another at the time, both researchers were employing similar strategies to explore the embodied spatio-temporal performances of drawing and inhabitation – rhythm, repetition, sensation, and the field. These wall-drawings and the texts that accompanied them set up divergent practices that converged again in early 2017 at the Performing, Writing symposium. 2 Here, both undertook performance works 3 that employed drawing-as-writing, and sought to capture the spatial, temporal, material and affective unfoldings of durational practices. While the two works took very different forms, they shared parallel methods, establishing simple parameters for embracing the unknown of live practice.

The six letters of the enclosed drawing-writing correspondence look to further this encounter, and explore how the two practices might rub against one another, approaching Tony Godfrey’s definition of a ‘drawing’ as ‘two objects or materials touch[ing] and evidence of their meeting [being] left behind.’ 4 The form of a ‘letter’ was taken loosely, considered as an assemblage that might contain writing, images, and other materials – a mode of ‘letter-writing’ that sits somewhere between writing, drawing and performance. Written over the course of two weeks in which they were the only form of communication between the pair, the letters are the raw product of an intensive creative exchange. While the authors are colleagues at the same College of Creative Arts, the correspondence presents a genuine temporal journey of getting to know one another’s creative thinking process, carving out a dynamic space of speculation about future practice. They reveal this process to be embodied and situated, with references to cultural events and indigenous understandings particular to Aotearoa New Zealand being entangled in the process of thinking-in-place. Intentionally presented here in their unrefined state, the letters are themselves a statement about resisting the pull of the light (of light-as-clarity). They are not writing-as-explanation but writing-as-drawing; a live material process of thinking-through and drawing-out. Gleefully inhabiting the dark space of not-knowing, they remain a dark, cloudy, lively mass of potential energy and material.